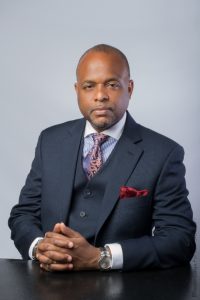 Mr. Alexander Williams is an attorney at law practicing at the private bar, in both civil and criminal cases for the past twenty seven (27) years,but , particularly in civil litigation.constitutional law claims, all commercial litigation, judicial review of administrative action, personal injury claims ( motor vehicle accidents, medical negligence) and industrial relations and labour law.

Between 2012 and 2016 Mr. Williams was a Senator and during those years served on several joint select committees of parliament, including committees dealing with banking, bankruptcy, insolvency, police oversight, corruption and integrity,sexual offences and committal proceedings.

He has served and serves on the board of directors of several national institutions –(three of which he currently chairs) – to which he routinely gave and gives policy and legal advice. The boards include The Jamaica AntiDoping Commission, The Land Divestment Advisory Committee, The Enterprise Team For The Divestment of the Bath Fountain Hotel and Spa and Milk River Mineral Bath, the National Council on Sports and the Land Information Council of Jamaica.

Mr. Williams has appeared in matters of general public importance. These include representing a former attorney general in the Current Tivoli Gardens Commission of Inquiry established to enquire into the possible breach. of rights during the incursion in May 2011, , representing a borrower in the Finsac Comission of Enquiry set up to enquire into the cause and effects of the problems of the financial sector in the 1990s. He has pursued claims on behalf of business owners affected by public riots.

He has provided continuous legal advice on labour law, industrial relations and commercial law to private corporations and government statutory bodies including the Jamaica Railway Corporation, Airports Authority of Jamaica and the Jamaica Anti Doping Commission.

Has conducted litigation and other hearings as lead counsel in all local courts up to and including the Court of Appeal, as well as other statutory and local bodies such as Industrial Disputes Tribunal, Teachers’ Appeal Tribunal, Pharmacy Council and Rural Agricultural Development Authority.

2007 – 2015: Senior Partner Usim, Williams & Company.
He practiced law in all areas, with particular focus on civil litigation. He was responsible for managing a branch of the firm, supervising 4 employees.

1998 to 2004: Senior Partner, Williams Palomino Gordon Palomino.
Managed and conducted all litigation on behalf of the firm; practicing exclusively in the areas of civil and criminal litigation.

1990 to 1998: Associate Myers, Fletcher & Gordon
He worked exclusively in the Litigation Department, reporting directly to the head of that department. He was the sole Attorney in the firm’s Labour Relations and Industrial Law Department.

Godfrey G. Dyer Award for distinguished service to the Kiwanis movement in Jamaica